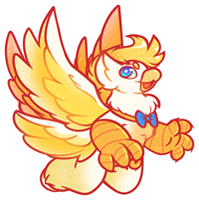 Bans are given out on a case-by-case basis on this forum, instead of with a strict point based system. Some actions may give you mild warnings, while others may result in a temporary to permanent ban. This is at the sole discretion of the administrator, but we promise we try to be fair.

These rules can be edited at any time without any warning, but we will try to give a notice ahead of time before applying a rule live.

Additionally, although the staff here at Forest of Mirrors would like to be able to live and let live with just these rules, we reserve the right to ban for reasons not posted on this thread. This is to help resolve unseen issues and close any loopholes that may be present.

1. Spam includes repeated posts, posts containing only emojis, clickbait, smashed keyboard letters, ALL CAPS, rainbow spam, lots of icons, or short sentences spread over multiple posts in a row. These posts will be removed without warning, and repeated spam will be punished.

2. Spam also includes repeatedly bumping threads outside of a 1-day period. Please wait a day before bumping your thread. Spam also includes threads posted for one-on-one chat with a user instead of using the PM system, and threads that have been posted to multiple forum sections without alterations.

4. Discussions of other sensitive topics, including injury, death, family issues, jumpscares, or other sensitive matters may be removed if the topics become too serious. It is suggested to include tags in the title of your threads that may contain these items, i.e. [TW:Injury], [CW:Death], etc, for topics you are unsure may thread the line. This rule also applies to art that contains excessive amounts of blood / gore.

5. Posts can be made in either Spanish or English, and any other languages must have a proper accompanying translation.

6. Posts that include stolen content, scripts, malware, exploits for FoM or other sites, personal information of yourself or other people, copyrighted material, and stolen art are strictly forbidden.

1. Do not direct threads or posts naming users for their actions in a 'call-out' manner, or directly insult other users. An example of this would be publicly posting a blacklist of users who you believe are scammers, saying user X is annoying, saying user X's art is terrible and providing no other constructive criticism, or other posts that refer to a specific person without the intent to improve their actions. Blacklists are also forbidden in general, please use the block feature and report button to avoid interaction with specific users or bring attention to their actions.

2. Do not harass people who have blocked you. Bypassing a users block by stalking them, getting other users to send them messages for you, finding their threads and copying them, or other means to try and get the attention of a user who has blocked you, is a permanently bannable offense if deemed serious.

3. Hate speech, whether it be at the majority or minority group, will not be tolerated. This includes slurs, inciting violence towards others, and posts encouraging death or suicide. This includes anything that you may try to pass off as a 'joke', such as saying KYS, or more serious offenses. FoM strives to be open to all users.

4. Flamebaiting, or attempting to encourage another user to respond to you in an aggressive manner, is forbidden. This rule includes intentionally misgendering a user.

1. Once a item leaves your account, it is not yours. Posts asking users to do specific things with creatures you have given them will be forbidden. This includes the process of 'lending' your creature out, however, these posts and threads may be made if the thread includes the notice that lending creatures / items / companions to other users is done at your own risk.

2. Begging for free items or game currency is forbidden.

4. Lowballing other users for their items intentionally, such as asking for a creature for 1BS, is forbidden.

1. Do not discuss moderator actions against you or other users on the public forum. Please email us if you have an issue with actions taken against you.

2. Report forum posts using the report button instead of posting in response to the problematic subject. Do not attempt to correct user behavior in public by saying that they are breaking the rules.